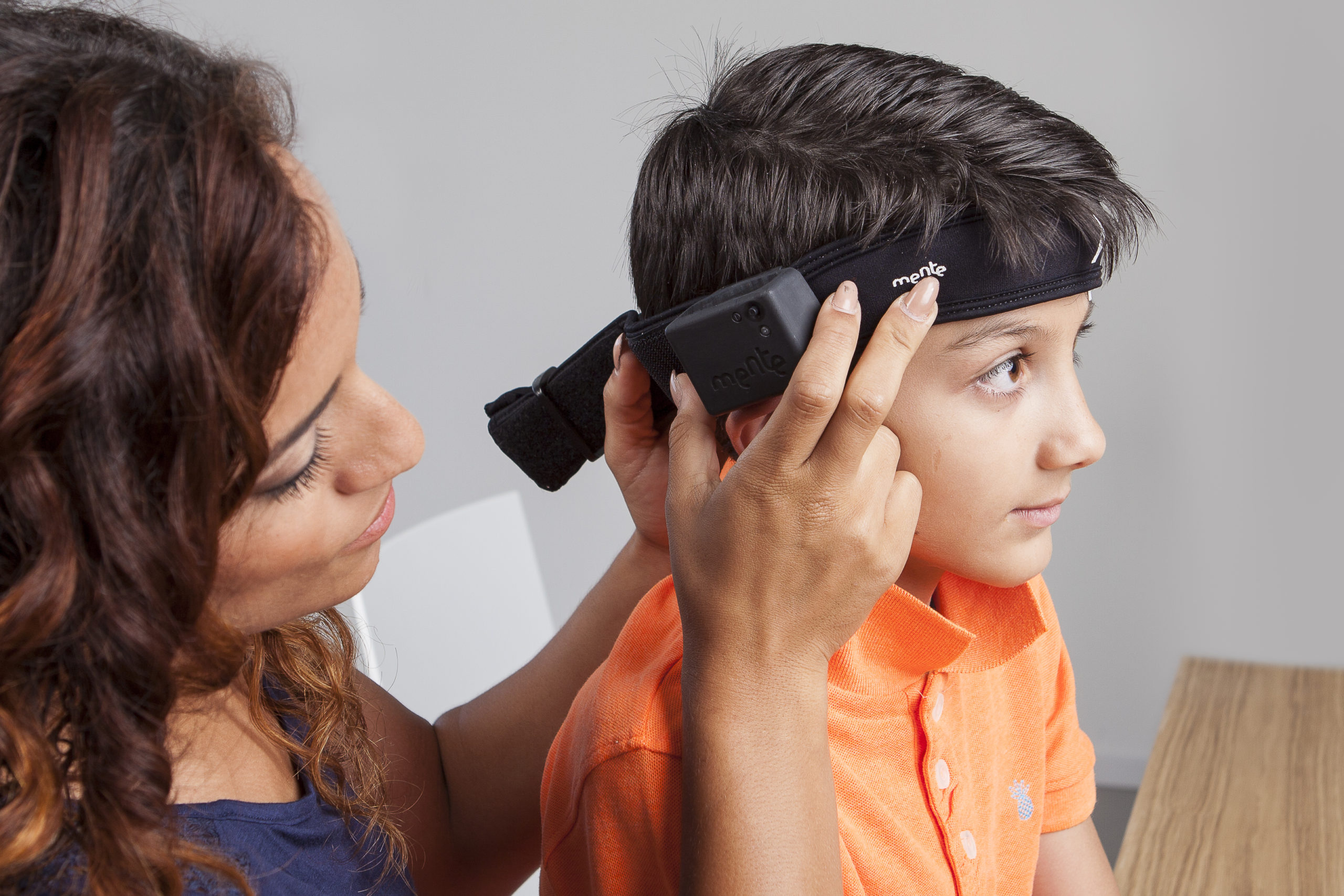 What is the Science Behind the Mente Autism Device?

Mente is an award-winning device with CE medical certification that relaxes the mind. It was specifically designed for children with autism spectrum disorder. Mente has been certified by health authorities as a medical device. In order to understand the benefits of the device and why it’s effective, it can help to understand some of the science behind Mente, and that’s exactly what today’s post will explain.

The Device and the Process

Mente is a neurofeedback system that uses brainwaves to create customized auditory stimulation for children with autism. The device works through the collection of electroencephalographic activity (EEG) and consists of a headband equipped with five sensors, earphones, and an app that’s used to record data and measure progress. To understand how the device works, let’s look at an example of a typical 40-minute home therapy session: 1. Your child puts on the headband, which records, analyzes, and processes his brainwaves. 2. The device uses Mente’s patented algorithm to adjust tailor-made sounds that your child listens to through the earphones. 3. Because the neurofeedback sounds reflect your child’s real-time brainwaves, they provide him with auditory stimulation that effectively motivates his brain to generate alpha and beta brainwaves that are lacking 4. At the end of the 40-minute session, the device stops, and the app then generates a detailed report about the session

The human brain operates on different frequencies, and the brainwaves generated depend on what activity a person is engaged in. The beta and alpha are generated when a person is actively engaged in a mental activity — such as a conversation or speech — or has recently completed some such activity. Theta brainwaves are generated when a person is in a sort of daydream state, especially when performing a repetitive and automatic task. Then there are delta waves, which are mostly generated during light and deep sleep. In many instances, children with autism have demonstrated excessive delta and theta waves, which are associated with sleep and a person’s own inner world. Because Mente is designed to reduce delta waves and encourage the generation of more beta and alpha waves, it encourages the positive and social states of mind that are associated with those brainwaves.

Effects of the Mente Device on the Brain

Within four to eight weeks of daily sessions with Mente, parents and guardians begin to notice positive effects in children with autism. One of the major differences that parents notice in children is better behaviour and fewer episodes of agitation as the device promotes relaxation. more. Many parents also notice improved communication skills, with children engaging more in conversations and maintaining eye contact. Furthermore, children who use Mente also show longer attention spans, have more focus, and tend to participate more when they’re learning. Mente is a medical device that’s safe and easy to use at home, and that can provide everyday support for families and children with autism. By recording and analyzing a user’s brainwaves, the device is able to generate neurofeedback signals in the form of sounds that stimulate the brain. Because the device reduces delta waves and encourages the production of beta and alpha brainwaves, it can encourage better communication skills, longer attention spans, relaxation, and enhanced creativity.
Facebook0Tweet0LinkedIn0