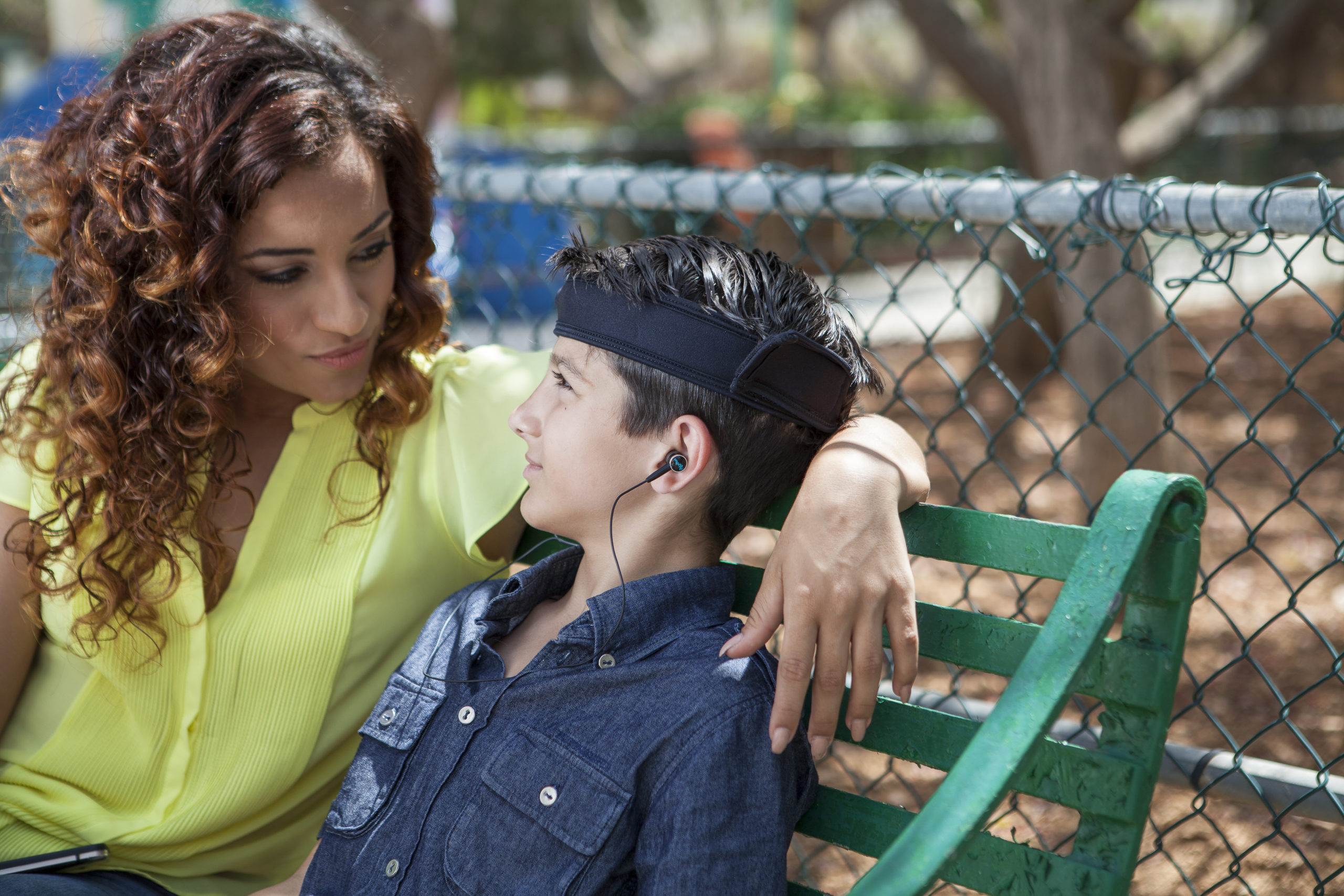 How to Explain the Mente Device to Your Child

Upon initially introducing your child to the Mente device, they may find it difficult to understand its use. Presenting it to them may result in fear or rejection, as they are unable to comprehend the need for utilizing this form of therapy. However, do not be alarmed by their refusal as this may happen at first. Overall, when anything new or foreign is being introduced to children, it is sometimes met with hesitation initially.

For children with autism, a change in their routine or the presence of something new can cause uneasiness and frustration. If you are wondering how to introduce or explain the Mente device to your child, here are some suggestions about how you can incorporate this device into their daily routine.

Show Them the Device

Before beginning this form of autism treatment, show your child the device. Encourage them to touch it and show them how it should be worn by placing it on your own head. By demonstrating this to them, you are illustrating how it is to be used and that it is safe. Also, by situating it on your crown first rather than theirs, you are not forcing them into the therapy. Instead, you are indicating where it goes, showing them how it works, and encouraging their gradual acceptance of the device.

Explain What Mente Is to Your Child

Like anything else, children, particularly children on the autism spectrum, like to be aware of impending changes. However, remain positive about it. When introducing or explaining the device to them, show them your excitement. Your reaction will help to persuade them to consider trying it, as your enthusiasm may be a sign to them that it is something worthwhile.

Let them know that the device is there to help them and is safe. Encourage them to put on the device but do not be alarmed if they reject it at first. Be persistent but remember children with autism take time to understand and accept new things; give them a day or a few days to assimilate the new information.

If you find that their rejection continues, consider what Esther, the parent of a 13-year-old boy named Reuben with ASD, decided to do. She stated the following about her son:

“Initially he rejected the headband. However, with some persistence and having him wear a sports headband every morning when he woke up, he accepted to wear the Mente headband.”

For Esther, the implementation of the headband on a daily basis initiated a routine. Her son became accustomed to having something around his head. This action made it much easier for the child to accept the device and the Mente headband. If your child struggles to accept Mente, utilizing a headband is an excellent way to steadily introduce the apparatus into the child’s daily routine.

Mente is a remarkable device that has proven to be beneficial for many children and has resulted in the improvement of a variety of behaviours. Should you be considering this device for your child, feel free to review our site and parent testimonials for more information.